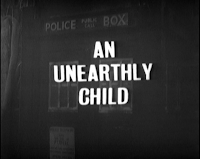 Quite recently and not quite by accident, I recently ran across a column titled New Music for Old People, which introduces music the 60s generation might have missed while enjoying the popular music of the day. It’s a concept that gives me hope in filling my own gaps from the 80s and 90s, and beyond… a short discussion got my coworkers and I talking about how we find new music today, and how we did so before the internet, and all the gaps it constantly fills.

My story was about Nirvana, which came to prominence while I was in college, so just at the right time for me to absorb it and file it in my head as “my music,” an entry that would shape my musical tastes thereafter. Which is why when the Columbia Records and Tapes (or BMG, I forget which) sent me the selection CD of the month, Nirvana Unplugged, I didn’t hurry to send it back; rather, I set it aside and waited for a good time to listen to it.

Nirvana didn’t get much radio play in my neck of the woods, and having lacked MTV growing up, I wasn’t drawn toward it after having it as part of my cable offerings. So I was familiar only with a few of the selections on the album, the rest unknown. One in particular, “The Man who Sold the World,” was probably my favorite track, and enjoyed it as a Nirvana song for a couple of weeks, not understanding who Kurt Cobain was crediting at the end of the performance — David Bowie.

I knew Bowie form the 80s: “Let’s Dance,” “China Girl,” “Blue Jean,” but never considered his earlier material. I visited one of those big music stores we used to have back in the day and found the CD. Not only was the title track a great find, the album quickly sent me on a journey to explore the rest of Bowie’s catalogue. Nirvana, of course, was done putting out music.

Just like Nirvana was the catalyst for my knowledge of Bowie, other homages and references have helped me “discover” new music, movies, television, etc. Recently, I finally saw American Psycho thanks to the popularity of a meme featured in Reddit.com. Just this week I finished watching all three seasons of “Community” thanks to a Facebook post. and yes, that lat one is a current phenomenon, but one of its characters, Abed Nadir, is currently left without a favorite shows when “Cougar Town” is suddenly put on hiatus. As a replacement a friend offers him “Inspector Spacetime,” a send-up of “Doctor Who” — one of those shows that half of my friends are very familiar with while the other half couldn’t be less interested — and it quickly becomes his new obsession.

And so starts my “new” update on ignored/missed pop culture, a BBC show that’s as old as The Beatles, and just as essential. I’m just now finishing part four of the first episode.