On the second day our body clocks were still tuned in to Central time so we took an early stroll in downtown Anacortes. We found our way to the Calico Cupboard Café, where we had eaten breakfast once last year during our overnight stay in the town. We remembered the awesome hot cakes they served, but forgot about their incredibly slow pace. It took a while to get our orders placed and delivered, but it was worth it once breakfast was served. Last year I got the Breakfast Sampler, which is served with only one flapjack, so this year we opted for the tall stack of hot cakes. I uploaded a Blackberry shot and a comment about this plate when I was first served it, which led my friend Tommy to comment: “That’s one of the most beautiful sentences you’ve ever crafted: ‘The sausage is as big as the flapjacks.’ ” And well, you can see for yourself.

We strolled downtown to walk off breakfast — which neither of us could finish — and noted what had changed since last year. Not much really, although it seemed as if a couple of shops had closed and maybe a couple more had opened. Traffic was slow but we weren’t in a hurry.

We checked out of the Fidalgo Country Inn and started thinking about heading to the ferry that would take us to Anacortes. We had some pizza at Village Pizza and made our way to the ferry dock entrance, where you have to park to get a place to load into the vessel. More than an hour later we boarded the ferry, and almost an hour later we were in Friday Harbor.

We checked in at the Kirk House, the same Bed and Breakfast where we stayed last year, and then made our way to the San Juan Island’s Museum of Art and Sculpture Park, where local artists display their pieces on what is basically a big yard. On the way over we stopped on the highway to watch a group of bald eagles competing with crows and a fox over some food. Or maybe the eagles were hunting the fox. Other motorists had stopped and in the end we couldn’t decide what the scene was. We continued to the park and got there in a few minutes. Last year we didn’t see all of the sculptures, so we thought we’d take a stroll to see what we missed. We found something new: mosquitos, which cut our visit short. We also spotted yet another fox carrying what might have been dinner. 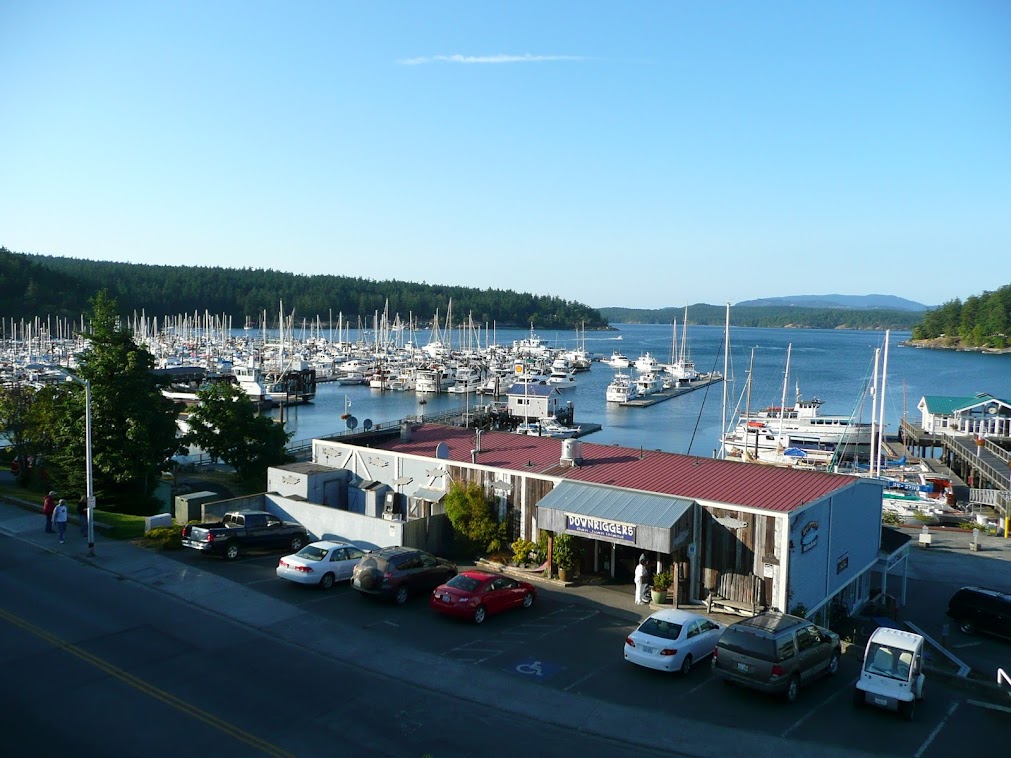 A single bald eagle takes flight across a highway on San Juan Island:

A few Eagles criss-crossed over a highway on San Juan Island, competing with crows and a fox on the ground for food:

One of many foxes we saw on San Juan Island. This one was running across the Museum of Art and Sculpture Park, apparently carrying lunch: