Home » Scrapbook » Sixth Day of our vacation in Washington State, 2008

Sixth Day of our vacation in Washington State, 2008

Day 6 of our vacation in the Pacific Northwest. We weren’t exactly in Seattle, it was more like in between Seattle and Tacoma, by the airport, in a city called Seatac, which probably sprang out of the airport. We drove to the city and learned to appreciate the kinder, gentler traffic jams we have back home (think Houston traffic) and made our way to Pike Place Market. You could spend days exploring it, but we only had one, and we probably walked at least a couple of miles from end to end to end over level and level. Maybe not that much, but then again, maybe more. 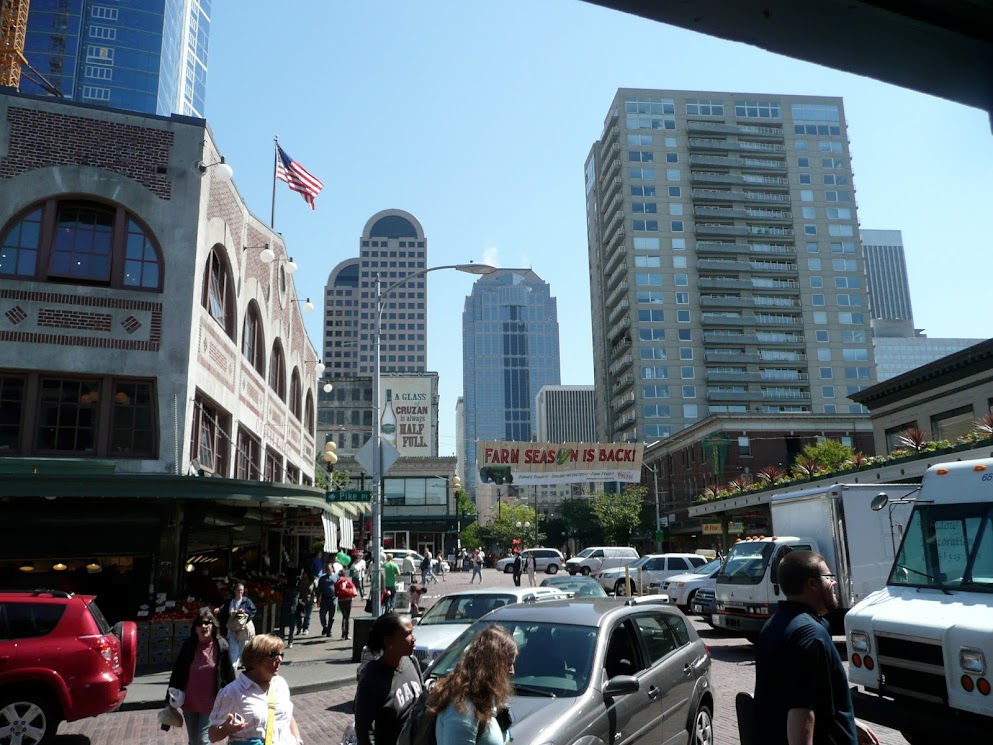