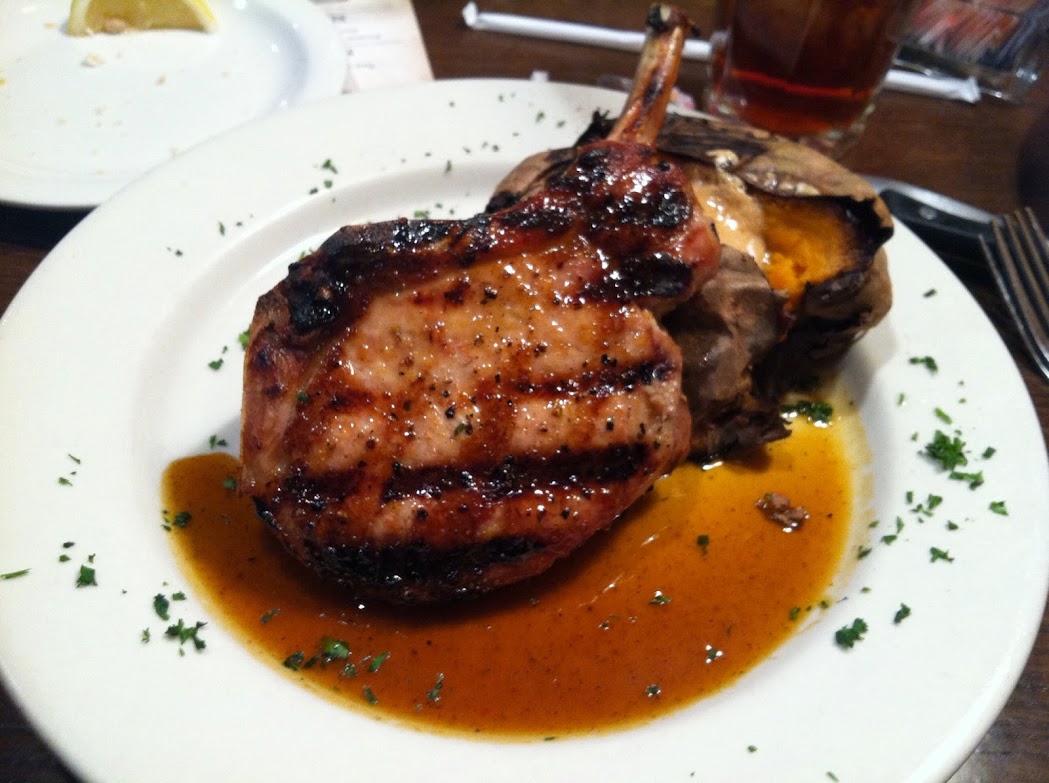 Had not been to the Arlington Texas Land and Cattle in a few months — not since it moved to its new location anyway. No longer will patrons have to fight over limited parking real estate with On the Border customers as the new location has plenty of space for itself and even overflow from neighboring El Fenix.

The menu is still about the same as I remember it, although there were a couple of new items highlighted, one of them being the Maple-Ancho Glazed Pork Chop. I wasn’t sure what to expect about Maple-Glazed anything, unless we’re talking pancakes, and the addition of Ancho peppers to the mix sounded just bizarre enough to venture a try.

I ordered the lunch version of the plate — which is still 10 oz., same as the regular serving size, but a couple of dollars less expensive — along with a sweet potato as a side.

The Maple-Ancho concoction did not disappoint, delivering a sweet flavor along with the smoky tang I’ve come to expect from TL&C. The size of the serving was just about right for lunchtime, although if you’re really hungry you might want to consider getting the dinner serving or adding a salad to your lunch order. The best way to explain it on social media sites would be to say that “the plate tastes just as good as the picture looks.”

The new place is definitely larger, with dozens of HD television sets your eyes can’t escape, although whatever space was added to accommodate bar patrons in the front might have been sacrificed in the dining booths, that seem a bit tighter than their old counterparts.

There were four people in our party and our server handled the load just fine; she was very courteous and high-spirited.